Today, I am pleased to welcome multi-published author Uvi Poznansky to my blog.  Uvi is the author of Apart from Love, The David Chronicles and other books.  Uvi very kindly agreed to take time out of her busy schedule to share with us some thoughts on creating characters for a novel.

During the year of writing my novel, Apart From Love, I discovered several ways of advancing the story. It originated from a short story about a twelve years old boy coming face to face, for the first time in his life, with the sad spectacle of death in the family.

I set it aside, thinking I was done with it. But this character, Ben, came back to me and started chatting, chatting, chatting incessantly in my head. So I asked myself, what if I ‘aged’ him by fifteen years? Where would he be then? Would he still admire his father as a hero—or will he be disillusioned at that point? What secrets would come to light in the life of this family? How would it feel for Ben to come back to his childhood home, and have his memories play tricks on him? What if I introduce a girl, Anita, a redhead who looks as beautiful as his mother used to be—but is extremely different from her in all other respects? And what if this girl were married to his father? What if the father were an author, attempting to capture the thoughts, the voices of Ben and Anita, in order to write his book?

Just asking these questions had an immediate affect on Ben: as if a page has turned, he grew up into his new age—but then, somehow, he forgot to mature... So the process of writing became, for me, simply listening to him, and to Anita, and trying, as fast as I could, to capture their thoughts. They chatted with such intensity! I wish I could record everything they said. After a full day of writing nonstop, just before my eyes closed, I would hear Ben whisper something in my ear, and promise myself I would put it on paper next morning—only to find the phrase gone by the time I woke up.

So, to slow down the chatter I would throw some obstacle in my characters’ way, and let them ponder how to find their way around it. This, I found, was such a fun method of developing the story, and it allowed the plot to twist and turn in unexpected ways. One of these obstacles was the unravelling of a family secret.

Upon coming back to his childhood home he discovers that his mother, Natasha, the renowned pianist, is suffering from early-onset Alzheimer's. He undergoes a complete transition from denial to utter shock as her condition deteriorates.

There is no way to tell if she has heard me. Her gaze is fixed, as steadily as before, on the same small pane of glass, through which the sun is blazing; which makes it hard to figure out what she sees out there.
I push forward, aiming to view it, somehow, from her angle, which at first, is too hard to imagine:
In my mind I try, I see a map, the entire map of her travels around the world. A whole history. It has been folded over and again, collapsed like a thin tissue, into a square; which is suspended there—right in front of her—a tiny, obscure dot on that window.
And inside that dot, the path of her journey crisscrosses itself in intricate patterns, stacked in so many papery layers. And the names of the places, in which she performed back then, in the past—London, Paris, Jerusalem, San Petersburg, New York, Tokyo—have become scrambled, illegible even, because by now, she can no longer look past that thing, that dot. She cannot see out of herself.

Her character was not an easy one to develop. The primary problem is that she has no voice. She is utterly silent, which makes her son hope—at first—that she can be reached, that he can 'save' her.

And now, just as the novel has sprung out of a short story, a series is about to spring out of the novel. In my mind, a series comes to life only what the characters linger, when they have a voice that demands listening. Such was the case when I wrote The David Chronicles. I found it amazing to be in the skin of the character from youth to old age.

So now, intrigued by family secrets that must be explored before the path to healing can be found, and by the mystery of the mind at the point of losing control over it, I will go on interposing these ideas, this time giving voice to the mother, Natasha. Known for passing memorization techniques to her students, how does a former pianist cope with the devastation of Alzheimer’s?

Once I find my way back, my confusion will dissipate, somehow. I  will sit down in front of my instrument, raise my hand, and let it hover, touching-not-touching the black and white keys. In turn they will start their dance, rising and sinking under my fingers. Music will come back, as it always does, flowing through my flesh, making my skin tingle. It will reverberate not only through my body but also through the air, glancing off every surface, making walls vanish, allowing my mind to soar.
Then I will stop asking myself, “Where am I,” because the answer will present itself at once. This is home. This, my bench. The dent in its leather cushion has my shape. Here I am, at times turbulent, at times serene. I am ready to play. I am music.
But until then I am frightened, frightened to the point of panic. Even in my daze I sense the eyes of strangers. Their glances follow me down the street. Stumbling aimlessly from one place to another in the darkening city, turning around this street corner and that, I am amazed to realize that every building looks like an exact replica of the previous one. It baffles me, but I tell myself, with an increasingly shaky tone, that I am not lost. I cannot allow myself to think that I am. I will find my way, right after taking a deep breath to regain my calm. Then I will try to separate familiar lines out of this urban chaos. 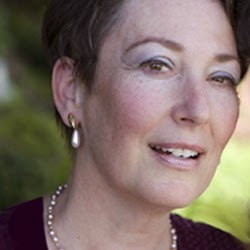 Uvi Poznansky is a California-based author, poet and artist. “I paint with my pen,” she says, “and write with my paintbrush.” She received a Fellowship grant and a Teaching Assistantship from the Architecture department at Rensselaer Polytechnic Institute, where she earned her M.A. in Architecture. Then, taking a sharp turn in her education, she earned her M.S. degree in Computer Science from the University of Michigan. Uvi writes across a variety of genres: Apart From Love (literary fiction), The David Chronicles (historical fiction), Rise to Power (historical fiction), A Peek at Bathsheba (historical romance), The Edge of Revolt ((historical fiction), A Favorite Son (biblical fiction), Home (poetry), Twisted (dark fantasy) Now I Am Paper (children’s book) and Jess and Wiggle (children’s book.)