I'm delighted to welcome Rosemary Gemmell to my blog today.  Like me, Rosemary is a member of the Romantic Novelists' Association.  What is more, we both share a love of Scotland, where Rosemary is very fortunate to live.  Her latest book The Highland Lass has just been released, and Rosemary has very kindly agreed to take time out from her busy schedule to share some of her thoughts on setting.


The Inspiration of Setting


The setting in any novel is often one of the most important aspects of the story, for the author and the reader. This has never been truer than it is for the setting of The Highland Lass, my new Scottish novel, as it is mainly set around my own area in the west coast of Scotland and across the River Clyde.

Having been brought up and educated in Greenock in Inverclyde, my memories are suffused with the wonderful scenery and interesting places to explore. And that includes the large cemetery where ancient and sometimes elaborate graves stones, winding paths and overhanging trees provide much scope for imagination. This was where my mother first introduced me to the gravestone of Highland Mary, who was a brief but important love interest of Robert Burns. This early memory and a fascination for Mary Campbell was the inspiration for the short historical chapters of The Highland Lass. 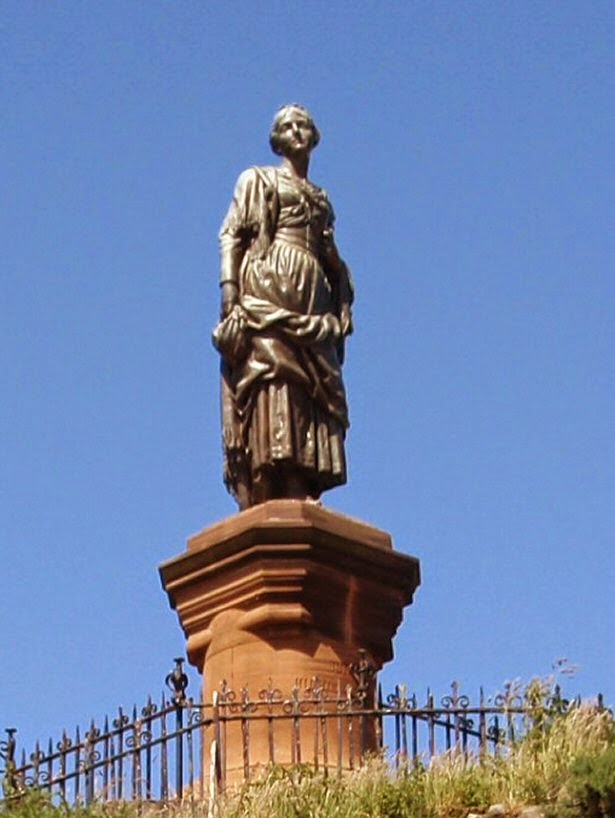 Greenock and Gourock have an envious position right beside the River Clyde and across from Gourock lies the small seaside town of Dunoon in Argyll. From my side of the river, we can just about see the entrance to the Holy Loch, bordered by the towering Argyll hills and the American Navy was there based from the 1960s until the early 80s. This provided another thread in the story, as Eilidh is seeking the identity of her father, who may have been an American officer, as her mother used to attend the dances for the navy held on both sides of the river. Dunoon is also where Highland Mary was born and her statue forever looks across the Clyde.

The other main setting for the novel is Ayrshire, known as Burns country. Mary and Burns met and plighted their troth there in the 18th century and the small villages have hardly changed. The inn where Burns and his cronies met, Poosie Nancie’s, is still in the same street in Mauchline. Ayrshire is also where the blossoming relationship between modern heroine, Eilidh Campbell, and handsome Scot, Lewis Grant, takes another step forward. 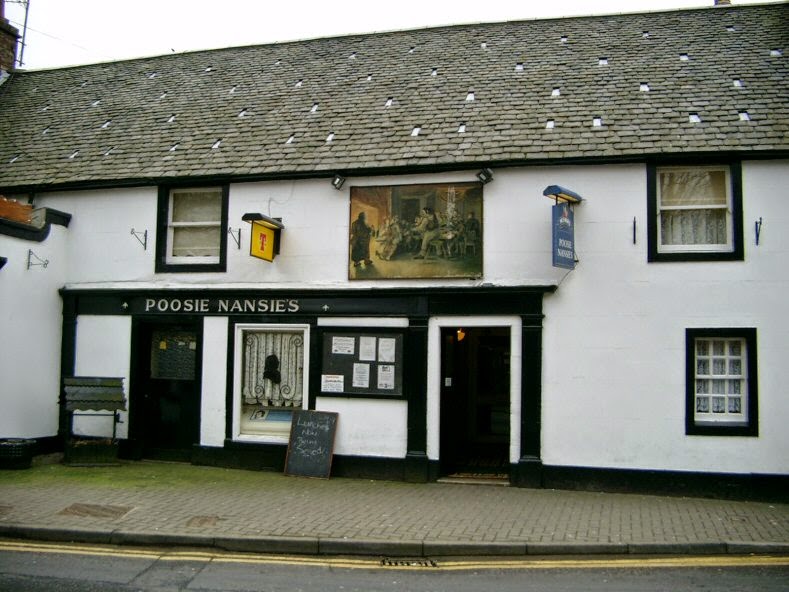 There are even a couple of scenes in Glasgow, one of which takes place at the impressive Mitchell Library. Another setting that has always inspired me is Loch Lomond, especially the fairy-tale village of Luss where Lewis takes Eilidh one day, finishing at Duck Bay along the banks of the loch.


But it is around Inverclyde where all the story threads come together and where Eilidh finds the answers to the past. One of the best-known views where Greenock meanders into Gourock is from the Lyle Hill overlooking Cardwell Bay and the Argyll hills beyond. Along by this stretch of the Bay was the perfect setting for Eilidh’s return to Scotland. 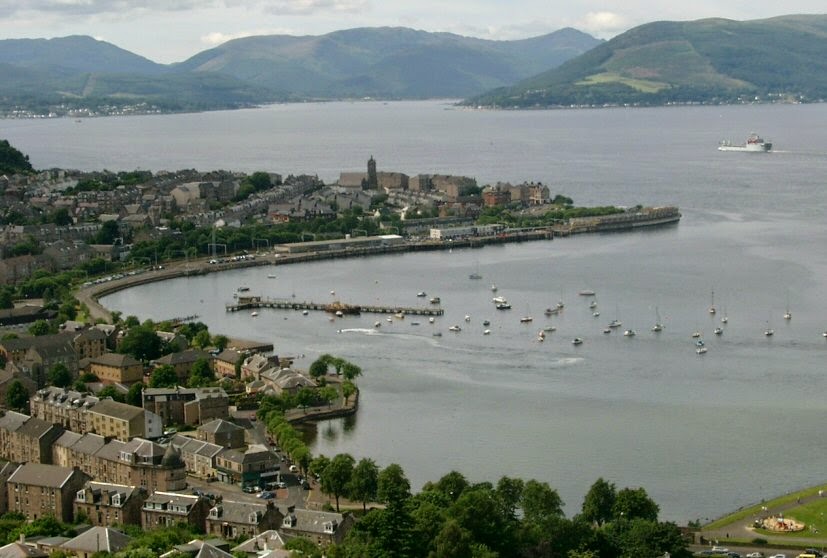 Rosemary's latest Book, The Highland Lass is available from  Amazon UK and Amazon US 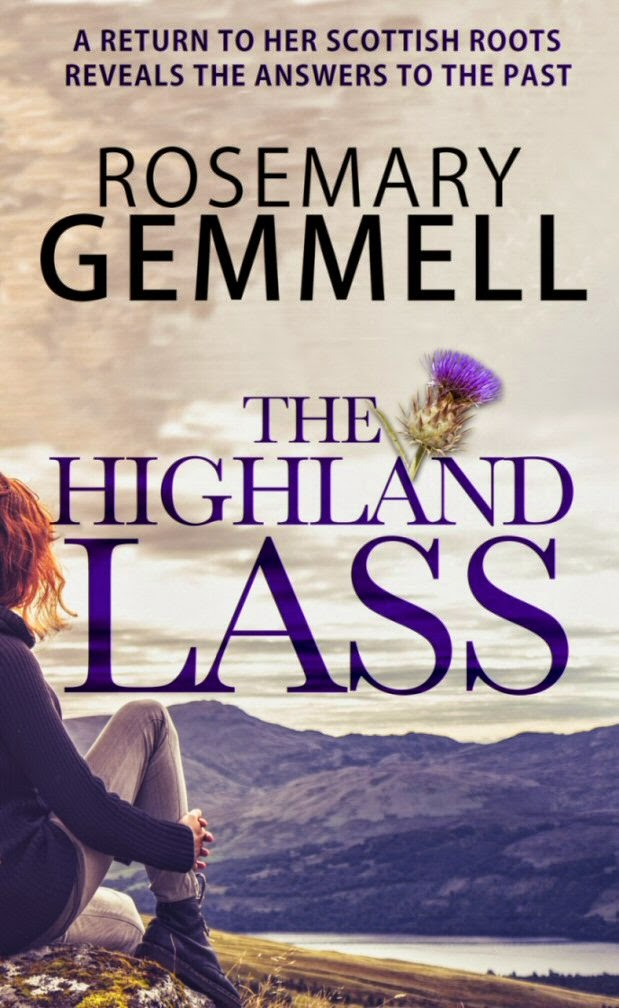 Eilidh Campbell returns to her Scottish roots from America with one main aim: to discover the identity of her real father. But her mother’s past in Inverclyde is a mystery with family secrets, a book of Robert Burns’ poems with a hidden letter and a photograph link to the Holy Loch at Dunoon when the American Navy were in residence.
Staying with her childhood friend, Kirsty, while searching for answers, Eilidh begins to fall in love with handsome Scot Lewis Grant, but just how free is he? Together they trace the story of Highland Mary and Robert Burns, with its echoes to her mother’s story. In short alternate chapters, Highland Mary tells her own story from 1785-6. From Dunoon, to Ayrshire and culminating in Greenock, Eilidh finds the past is closer than she realises. 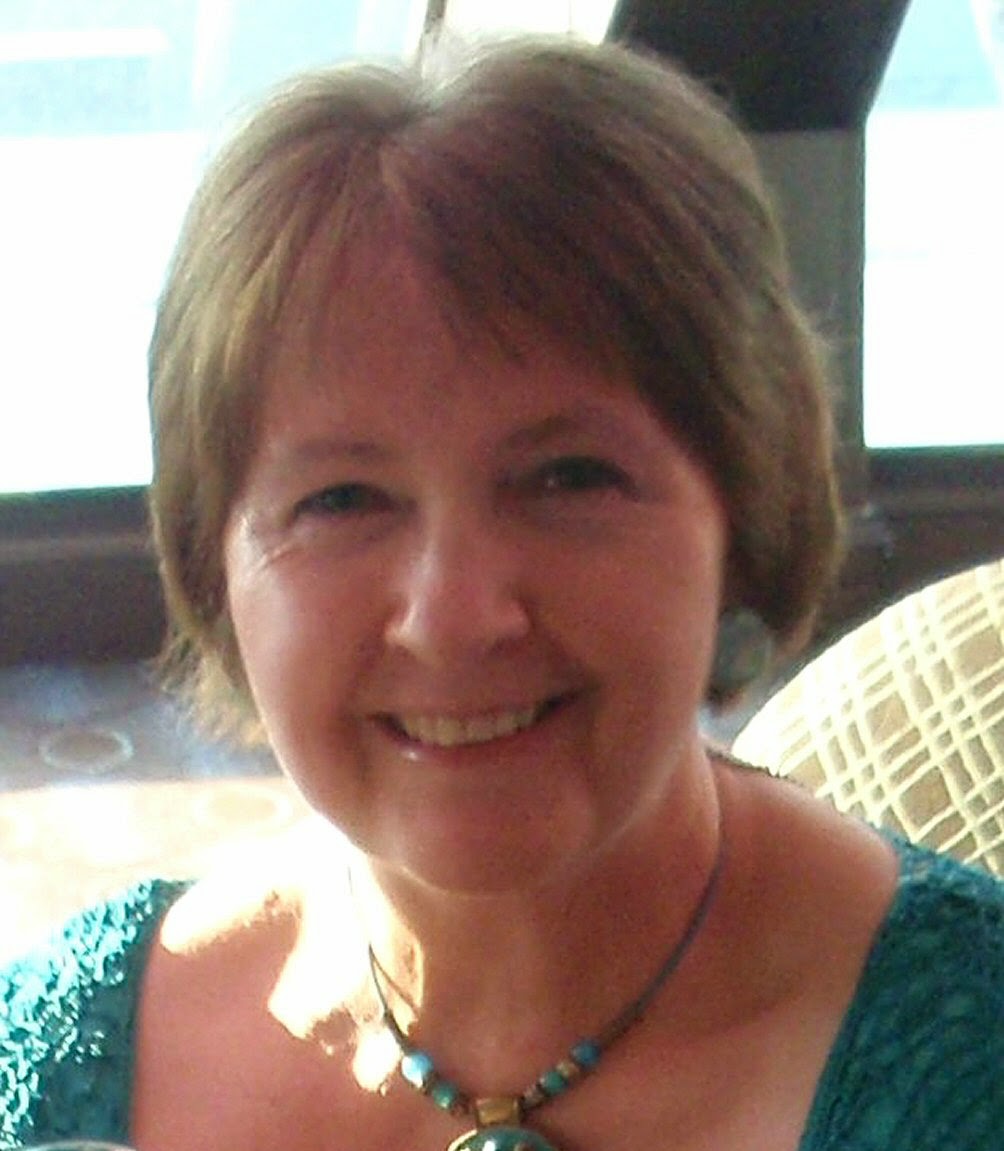 A prize-winning writer, Rosemary Gemmell’s short stories, articles, and poems have been published in UK magazines, in the US, and online. She is now a historical and contemporary novelist and The Highland Lass is the first novel from Crooked Cat Publishing under her full name. She has also published historical novels and contemporary novellas with a touch of mythological fantasy from Tirgearr Publishing as Romy and tween books as Ros, as she likes to tackle a variety of writing genres and styles.
Rosemary has a BA (hons) in European literature and history and a post-graduate MA in Humanities from the Open University. She is a member of the Society of Authors, the Romantic Novelists’ Association, and the Scottish Association of Writers. She enjoys sharing writing information, and loves to dance!
You can contact Rosemary via her Website and Blog.  She can also be found on Facebook and Twitter.

Posted by Author Victoria Howard at 18:19