I was thrilled when Dave agreed to produce the audio book version of my novel, Ring of Lies.  It's taken a little persuading, but Dave finally agreed to take some time out of his busy schedule to talk to me about his career and love of music. 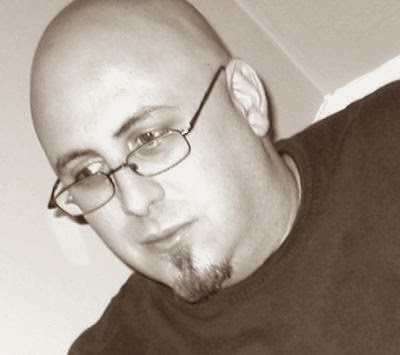 1.     In the past, you’ve worked as a web developer, in video production and as musician.  How did you become involved in audiobook production?

I had actually started doing voice acting and audio recording before I became a serious musician. When I was six years old, I was doing John Wayne and Richard Nixon impersonations (thanks, Rich Little!) By the time I got to high school, I had added Rodney Dangerfield, Archie Bunker and Jackie Mason. I even performed a Rodney Dangerfield impersonation routine during a talent show in high school. But having already developed significantly as a musician, I stopped doing live comedy performances because I thought it was "more cool" to be recognized as a musician.

I later did voiceover work and comedy recordings, such as an interview with Woody Allen, Sean Connery, Rodney Dangerfield, Peter Faulk and William Shatner. All the while, I had been working professionally as a musician and (having built several audio recording studios) had been producing talent in studios.

Being a writer, I'd had a love of the written word and co-founded a book-publishing firm. We had decided to move into audio book publishing and recording. It was a natural fit for me being that I had already built half dozen studios, had been working producing talent, and was experienced with voice recording. So there at last was the merging of my experience with both the written and spoken word.

2.     Audiobook production is time consuming and I believe it requires a great deal of patience and skill.  Did you undertake any specific training?

Training-wise, I developed my audio engineering and producing chops with years of work and experience. More specific to audio book recording, I already had a background in engineering and producing, plus I had great ears. So from there it was a feasible move towards specializing in audio books. However, there was nothing that could have prepared me for the patience, stamina and unflappability needed for audio book production! There is simply no art form in the world that tests your will like audio book recording does. No training can prepare for that. The only way to harden yourself to the rigors of audio book recording is to do lots of long hours of audio book work. Only then does it become a manageable practice.

3.     Can you give my readers and listeners a brief idea of what is entailed in making the perfect audiobook recording?

The easiest parts of this answer are: Acoustically tight room, Great Mic, Great Mic Preamp and Analogue-to-Digital Converter; plus a reader with a nice voice. That's that part that people can easily see on the surface. And it makes up only about 10% of the answer! The real keys are ears, talent and know-how. Unfortunately, these are 90% of the answer yet are the hardest of all aspects to acquire.

Audio editing is so important. But if you listen to many of the books these days, really carefully, you can hear so much noise, bad breathing and cracks, pops and whistles, that it's obvious that the producers and editors of those books have no idea they are doing. Again, it all comes down to having the ears and the know-how. That's one of the things I have made a high priority with davebooks.com

Do you mean reading as in recording audio books or pleasure reading? As far as recording books as a narrator, I like to read fiction books. The more interesting the plot, the better. I also like it when there are characters with specific dialects such as British, Russian, New York, Southern U.S., etc., though I tend in general to not alter my voice too much because listeners prefer a more straight read. As for pleasure reading, I am reading Tinker Tailor Soldier Spy (and the other 2 books of the Karla trilogy) for about the 5th time, because I love LeCarre's work!

5.     Do you have your own studio?  You’ve recorded books for a variety of publishers, is there any particular genre you enjoy most?

Yes, I've got a great studio with top grade tools. My studio is the perfect blending of workability for both audio books and music, because I've got the high resolution that music demands, yet the desired room sound and layout for audio books.

6.     How do you feel when you hear your own voice on a recording?

Like everyone else, years ago I hated it. I spent about 10 years trying to get my voice to sound good (vocally). Different mics, positions, styles, etc. It finally came together around 15 years ago while recording a hard rock song. Voice over was the same. I listen to my early recordings and cringe. But I've gotten to a point where I can accept the sound of my voice most of the time :-)

7.     You are also a talented musician. What type of music do you like to play/sing?  Do you have a regular fan base, and what is the largest venue you have played in?

The music I like most to work on is my original singer/songwriter material. That's the most fun. I've got a small fan base, though one of my deficiencies is that, with my own music at least, I am almost introverted when it comes to putting it out there. With other people's music it's totally different. I've got two Gold records so far for my recording work, and I have some new material that is unreleased that I think can be pretty huge. The largest venue I've played was the Mann Music Center in Philadelphia, about 20, 000 people. Lots of fun, that was!

For more information about Dave Giorgio and Dave Books, visit his website at:  http://davebooks.com

Posted by Author Victoria Howard at 16:32