It is a great pleasure to welcome multi-published author, Liz Harris to my blog today.  Liz's latest book, Evie Undercover, has just been released by Choc Lit. 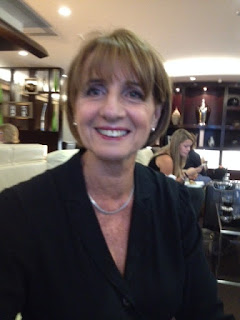 My friends in the Romantic Novelists' Association and those who follow me on twitter and Facebook will know that I go regularly to Umbria, a part of Italy that I love. And who could not love it? The scenery is stunning; the little medieval hilltop towns are a joy to visit; the food is fabulous; the people are warm and welcoming, and the area is completely unspoiled by tourism. 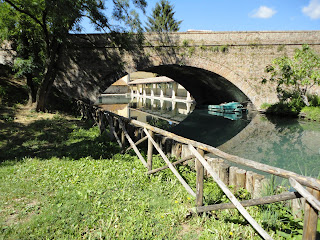 It was on one of my visits there that as I walked down the steps to the infinity pool, beyond which lay groves of olive trees framed by the distant hills, I glanced back at the 14th century grey-stone tower house behind me and the abundance of flowers and fruit trees everywhere, and knew I just had to set a novel there. 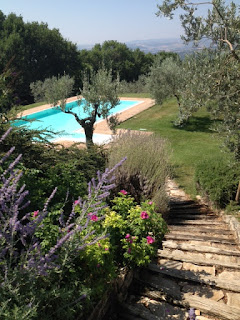 Italy is known as the land of romance, wine and song, so my novel was going to have to be a romance that was very different in style from my Choc Lit-published historical romantic fiction novels, The Road Back, A Bargain Struck, A Western Heart and Golden Tiger, which comes out this October.
I’d earlier set an earlier romantic novel, The Art of Deception, in Umbria, but for this romance I wanted some humour, too, and I knew I was about to write my first contemporary rom com. Ideally, too, I’d have occasion to use a little of the Italian I’ve been learning as the local people don’t speak English. 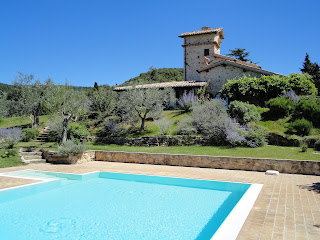 As for my hero and heroine, having gained a Law degree some years ago, I’ve always wanted to write a lawyer into a novel. This would be the novel, I decided, and successful Libel lawyer Tom Hadleigh was born. Tom was going to buy a 14th century tower house on the side of a mountain on a whim.

Since Tom wasn’t going to be able to speak a word of Italian, he’d have arranged for an interpreter to translate for him whenever he went to Umbria to meet with his Italian surveyor, but for the purposes of my story, that interpreter was going to be unavailable for the week’s visit he urgently had to make in order to buy furniture for the house. Enter enterprising Evie Shaw, ostensibly an agency interpreter, in reality the newest reporter for the gossip magazine Pure Dirt. 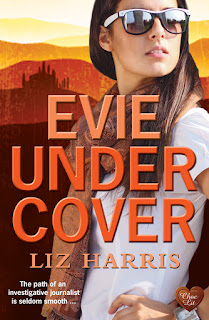 I put finger to keyboard, and Evie Undercover came into being. The paperback was published in July, and I was thrilled to learn soon after that Evie Undercover had been named Book of the Month for August by Radio Marlow (97.5 FM), who described it as a ‘deliciously romantic novel’. They’ll be discussing the novel on Radio Marlow Book Club at just after 11am on Friday, 7th August.

Liz Harris is the author of THE ROAD BACK (US Coffee Time & Romance Book of 2012), A BARGAIN STRUCK (shortlisted for the RoNA Historical 2013), EVIE UNDERCOVER, THE ART OF DECEPTION and A WESTERN HEART. All of her novels, which are published by Choc Lit, have been shortlisted in their categories in the Festival of Romantic Fiction. Her next historical novel, GOLDEN TIGER, set in SW Wyoming in the 1870s and 1880s, comes out in October, 2015. In addition, she has had several short stories published in anthologies. Liz lives in south of Oxford. Her interests are theatre, travelling, reading, cryptic crosswords.

Posted by Author Victoria Howard at 10:00