The audiobook version of my novel, Ring of Lies, is now complete.  Produced by Dave Giorgio and narrated by Michelle Ford, it will be available shortly from Audible, Amazon and iTunes.

You can listen to a sample here:  Ring of Lies Audiobook

I recently interviewed Michelle and asked her, among other questions, whether she made the conscious decision to become a voiceover artist or did she have another career path in mind as a teenager. 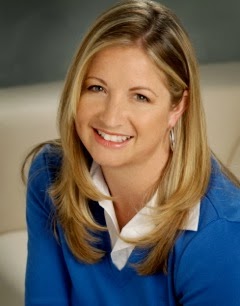 I was always focused on working in the media.  My first job was with the BBC in London as a secretary and then as a production assistant for Radio 1.  I spent the next several years working in public relations for Disney theme parks - can't tell you how much fun it was introducing cynical journalists to Mickey Mouse and seeing them love Disney despite themselves!  When life took me overseas to live in America someone told me I had a 'cute accent' and suggested I think about voiceovers.  A ton of training later..... and I couldn't choose a more perfect job!


Did you attend a stage or drama school? Have you undertaken any voice training?

I didn't go to drama school but I've been involved in amateur dramatics for a long time.  Once I decided to pursue voiceovers I really went for it and I've been lucky enough to train with amazing teachers in Philadelphia and New York.  From an audiobook point of view I honestly think reading daily with my three children when they were young and doing all the characters and voices made me love telling stories.

Do you schedule a specific time each day to record?

That's so hard to do.  Working from home has huge benefits but family comes first and often my kids don't think my 'job' is a real one - in as much as they think how hard can it be to narrate stories all day!  So I'm still doing multiple school runs, involved in community groups and cooking dinner.  However working from home does mean I can be very flexible.  Often I'll work all morning, stop to get kids and have a cup of tea with them after school then start again as soon as dinner is over, recording until midnight (or until my voice gets tired and croaky, whichever is the sooner!).

I note that you have your own studio.  Are there any distractions with working from a home studio?

Yes!  Although my studio is acoustically treated and as soundproofed as possible, I can't tell you how my heart sinks when I see landscape gardeners pull up on our street to blow leaves or see a sign up nearby saying a new house is to be built.  I know nearly everyone with home studios has these issues.  But again, as I'm flexible with my hours, I just adjust.  When I can hear a chainsaw I just go and do laundry or get started on dinner then pick up later when it stops.
After Superstorm Sandy (I live in New Jersey), every single day the noise was unbelievable for weeks - and that was once we finally got power again after 10 days.

When reading for an audiobook how do you achieve the author and character’s voice?

Well to start with I read the entire book and make notes about each character as I go.  Your book Ring of Lies is a good case in point.  It was not until the last five pages of the book that Salazar was revealed to be Eurasian with Chinese/Portuguese parents!  If I hadn't read through to the end undoubtedly I would probably have given him more of a Spanish accent.  As it was I tried to mix it up a bit so he just sounded unplaceable European.
Once I have a more rounded idea of the characters I can give them their voice which I really think comes from the author.  I try to always 'tag' the character with a certain pitch, tone, speed of talking and be consistent.  Of course, for a female narrator, the men are the hardest but I try to avoid going too deep and pantomime with them.  Sometimes its enough to drop my voice just a little to distinguish from others in the scene.

How do you feel when you hear your own voice on a recording?


Eek!  It sounds so different from how I think I sound.  There's magic in that microphone - talk to me on the phone and I sound about 12 years old!

You’ve recorded books for a variety of publishers, is there any one book or genre that stands out?  Do you have a favourite?

I must admit I really enjoy a good thriller with a bit of romance thrown in.  My voice suits Regency romances but I spend half the time recording with a permanent blush when there's more 'plundering' than I feel totally comfortable with!
I was privileged to narrate Fay Weldon's book The Hearts and Lives of Men earlier this year and, as part of my research, I got to Skype with her and talk about characters.  Such a great author.
Also narrated a Bridget Jones/Sophie Kinsella-style book recently called Meet Me at the Cupcake Cafe by Jenny Colgan.  That character would totally be me if I weren't happily married!

What kind of books do you like to read for pleasure?

I'm in a local book club so I'll read whatever is on the menu for that.  Recently I read What Alice Forgot by Liane Moriarty and that really resonated with me.  Literally sat on my sofa at the end and bawled (but not because it was sad - my friends had a similar reaction). Unfortunately it was all based in Australia and my Ozzie accent just wouldn't cut it otherwise I'd be banging on the door of that publisher desperate to record it.
Since June though I just haven't had the time to read almost anything for pleasure.  Definitely time to schedule some reading.


Do you have a regular fan base?

I wish!  Not really sure.  I occasionally (nervously) dip into the reviews of books I've narrated and fortunately there seem to be readers who seek me out.  My fragile actor ego gets hurt sometimes (Carolyn from Newark, you know who you are!! and btw I did my best with a Scottish accent).  Its really only in the last 18 months that I've been doing audiobooks nonstop.  Prior to this and in between, I record lots of e-learning material, commercials, corporate work, websites and so on.

Thank you, Michelle, for taking time out of your busy day to talk to me.

You can find out more about Michelle by clicking on the following links:

To celebrate the release of the audiobook, I am giving away a Kobo Mini ereader.  All you have to do is sign up to this blog or my website http://www.victoriahoward.co.uk to enter.  The draw will take place on the 20th December.

Posted by Author Victoria Howard at 18:28