I've been a very bad blogger of late... but I've had my reasons, which I wont bore you with, but suffice to say they've involved a few trips to the Accident and Emergency Department at our local hospital.

However, now that matters are more or less under control, I'm once again working on my manuscript and determined to finish it before summer is out.

One of the questions I'm frequently asked when giving talks, is where do I get my ideas?  Are they generated by things I read in the newspaper or hear on TV?  Is it a snippet of conversation overheard in a coffee shop that creates that spark and the idea for a novel?

Actually, it's none of the above!  With me, it's places.  My first novel, Three Weeks Last Spring is set on the San Juan Islands in the Pacific Northwest. 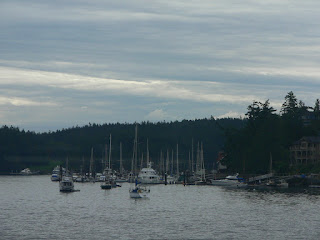 The small, picturesque town of Friday Harbor, is unspoilt, and yet lies on a busy shipping route. The Islands are a paradise for wildlife as whales, sea otters and bald eagles .  I realised that it would take very little to upset the ecology of the islands and thus the idea for Three Weeks Last Spring was born.

The idea second novel, The House on the Shore, came from my experiences of managing a small company involved in the offshore oil and gas industry and from working as an administrator on an estate.  I'd also spent twenty years living on a croft in the North East of Scotland and was familiar with the area around Loch Hourn, the setting for the novel. 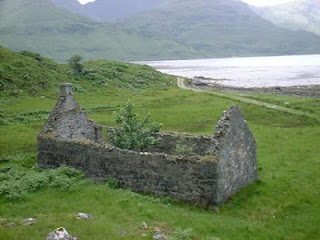 While sat on the beach on Gasparilla Island, on Florida's Gulf coast, admiring the stunning beach houses, I started to think about how it would feel to own one.  (Note the aspiration, readers!) I played around with the idea for a couple of hours while I thought about how much I was missing the winter weather back home in England (not one little bi, in case you were wondering!), until I had the rough outline of a plot.  Ring of Lies, was published eighteen months later and tells the story of Grace Elliott's struggle to navigate her way through the criminal world of South Florida. 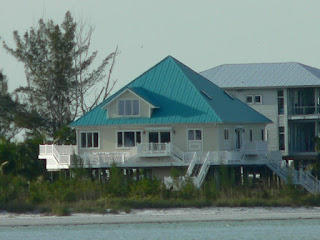 All of which, brings me to my the book I'm currently working on.  It has a title, but I'm not going to share it at the moment.  However, I will tell you that it is set in the Peak District, in Derbyshire, and, as before, it was a place that gave me the idea.  See if you can recognise the setting from the photograph. 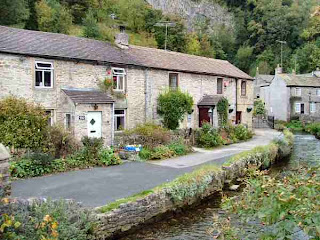 Posted by Author Victoria Howard at 15:22